Bryant Jackson-Green - The Good, the bad and the ugly: Three new state laws for 2014 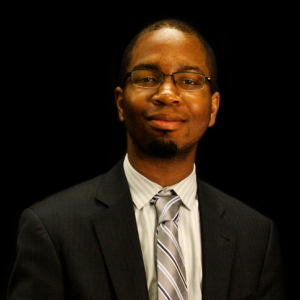 One piece of good news is that the state speed limit has been raised to a maximum of 70 mph outside of urban areas, generally on interstate highways, bringing Illinois closer in line with other states across the country. Unfortunately, the law excludes Cook, DuPage, Kane, Lake, Madison, McHenry, St. Clair and Will counties from the new maximum by reserving them the right to set lower speeds, which may mean that the impact of the change isn’t as far reaching as some might hope. Still, even a marginal increase in personal freedom should be applauded in a state that so often reduces freedom.
The Bad: Cigarette butt-flicking made a felony

On Jan. 1, an update to Illinois’ Litter Control Act will subject anyone who tosses a cigarette on the ground to increased penalties – the first offense now comes with a Class B misdemeanor and a fine up to $1,500.The second time offense becomes a Class A misdemeanor, and the third time, it’s a felony that can come with a one-to-three year jail sentence and a $25,000 fine.

But if that’s not enough, the Act forces private property owners to furnish trash receptacles in places where littering is illegal. After a warning, the property owner must provide the trash cans within 10 days or face a daily fine of $25 and a petty misdemeanor.

- See more at: http://illinoispolicy.org/the-good-the-bad-and-the-ugly-three-new-state-laws-for-2014/#sthash.GWIg7B0y.dpuf
Posted by moderator at 4:00 PM No comments:

Posted by moderator at 2:10 PM No comments: