Fewer than half of 1 percent of Americans are in state and federal prisons. That sounds like a small number. But when the U.S. prison population is examined by race, we find that the effects of the criminal justice system in the United States are unequally distributed in society. While whites make up 64 percent of the U.S. population, they make up 31 percent of the incarcerated population. In contrast, Blacks represent 14 percent of society but 36 percent of prisoners. Similarly, Hispanics represent 16 percent of the U.S. population, but 24 percent of the prison population.
While fewer than 1 in 100 Americans are in jail, among the population of young black men, the ratio is closer to 1 out of 4. A young black man is more likely to be imprisoned than to get married or go to college. Professor Daniel D’Amico argues that while the causes of this trend are complicated and multicausal, perhaps part of the blame should be placed on the U.S. criminal justice system.
He points out problems with the perverse incentives politicians and bureaucrats have in developing laws. Although laws about drug prohibition, for example, are ostensibly color blind, people with different levels of wealth face different costs and benefits to participating in the drug trade. Minorities are overrepresented in U.S. prisons. In light of this, Prof. D’Amico argues that radical changes to the system might be necessary and preferable to the status quo.
Posted by moderator at 1:00 PM 1 comment:

"A Professor's Argument for Same-Sex Marriage"

Should same-sex couples be permitted to marry? Are civil unions or domestic partnerships sufficient? What kind of effect does same-sex marriage have on heterosexual marriage? Do the children of same-sex couples face undue challenges because of their parents? These questions have all been raised in the ongoing debate about gay marriage. Prof. Dale Carpenter makes a compelling argument in favor of same-sex marriage from a philosophical, rights-based perspective while presenting data to answer these questions and others.
Read more »
Posted by moderator at 3:31 AM No comments:

Milton Friedman explains why school vouchers would do more to advance minority education than any other plan.

Posted by moderator at 10:46 PM No comments:

Posted by moderator at 9:46 PM No comments:

Posted by moderator at 9:37 PM No comments:

Just having fun with this one, took about 15 minutes to make. Always wanted to hop on this Jay and Nas track. Please actually listen to the lyrics=)
(And yes I am a black Libertarian!)
Follow me: www.twitter.com/visionfromkocLike me: www.facebook.com/visionfromokc
Posted by moderator at 9:34 PM No comments:

Fallout from the George Zimmerman Trial

Kenneth Durden: Did George Zimmerman Get Away With Manslaughter? Part 1 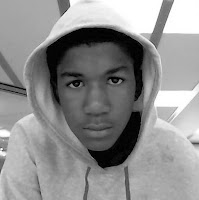 I believe George Zimmerman got away with manslaughter(note the term other than murder).

I wanted to address the case without rehashing all of the details of the case, but I find it necessary to at least touch on some basic points. I have so much to say about this so it will be broken into parts. This first addresses the basics of the case. I am not saying that the prosecution presented the case well. I believe the case was overcharged and poorly presented. That is a different discussion. I do have a concern with those who say the case should never have been filed or those who suggest that Trayvon Martin "got what he deserved."

Read more: http://www.kennethdurden.com/2013/07/did-george-zimmerman-get-away-with.html
Posted by moderator at 4:50 PM No comments:

Meet the Asian-American Libertarian Running for Governor of Virginia 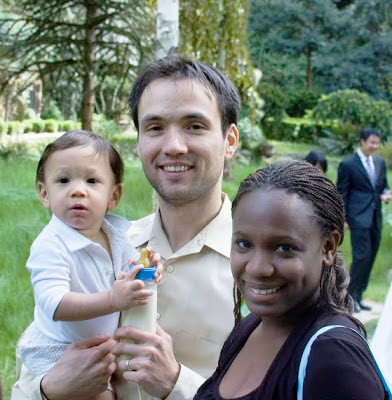 The 36-year-old Sarvis has some things going for him: He has submitted 17,000 petition signatures, or 7,000 more than required to get on the ballot. He is, to put it mildly, smart – having earned degrees in math from Harvard and Cambridge, then a law degree from NYU, then a master’s in economics from GMU. He is a native Virginian. Half-Asian, with an African-American wife, he is bulletproof on diversity grounds. He is wonkish: As a fellow at GMU’s Mercatus Center, he co-authored, among other things, a paper on America’s historical experience with fiscal stimuli. And he is a technological innovator: He was a winner of Google’s 2008 Android Developer challenge for mobile apps.

But Sarvis also has some things working against him. He is running on the Libertarian ticket, which almost always is a ticket to oblivion. He has never held public office. This is a major shortcoming for a gubernatorial candidate and could be an even greater one for any governor not named Schwarzenegger. (Sarvis disagrees: He says elective experience does not equal managerial ability.) Granted, Sarvis shares that shortcoming with Terry McAuliffe. Some consolation.

Posted by moderator at 3:18 PM No comments:

Posted by moderator at 10:26 AM No comments:

Walter Williams: Up From the Projects

In 1981, Secretary of Health Education and Welfare Patricia Harris wrote in the Washington Post that libertarian economists Walter Williams and Thomas Sowell are "middle class" so they "don't know what it is to be poor."
In fact, Williams grew up in a single-parent household in a poor section of Philadelphia. He was raised by his mother, who was a high school dropout. The family spent time on welfare, and eventually moved into the Richard Allen public housing project. (Sowell, whose father died before he was born, was the son of a maid.)
Drafted into the peacetime Army, Williams eventually earned a PhD from UCLA in the late 1960s and quickly became a sought-after researcher and public intellectual. His best known book, 1982's The State Against Blacks, argues that a major cause of black unemployment is government intervention in the labor market.
Williams' contrarian views have had wide exposure through documentaries, public appearances, and for the past 30 years, a syndicated weekly column. Since 1992, Williams has also been a frequent guest host of Rush Limbaugh's radio show. Now a professor emeritus at George Mason University, Williams has taught at Temple University, California State University-Los Angeles, and other universities. (Go here for his personal web page.)
His new book, Up from the Projects: An Autobiography, is a fascinating look at his childhood, his half-century-long marriage to his recently departed wife, his unusual career path, and the genesis of his views on race, economics, and politics.
Throughout his career, Williams has used his own life to illustrate how government regulations often work to deny opportunities to poor blacks, and his memoir is no exception. For example, Williams recounts that when he was a teenager, he was fired from a great job at a hat factory when a fellow employee complained to the Department of Labor that his boss was violating child labor laws.
Reason.tv's Nick Gillespie recently sat down with Williams to talk about his life, how his experiences have informed his scholarship, his lead role in turning George Mason University into a center for libertarian scholarship, and whether the Obama presidency has improved the lives of blacks in the United States.
Williams is also an emeritus trustee of the Reason Foundation, the nonprofit that produces Reason.tv.
For more on Williams' new memoir, check out Damon Root's review (http://reason.com/archives/2011/01/28...), which calls the book "a revealing and sometimes hilarious account of his rise from Philadelphia's Richard Allen housing projects, where his neighbors included a young Bill Cosby, to 'brown bag' lunches at the White House where he gave advice to President Ronald Reagan and his staff."
Posted by moderator at 6:57 AM No comments: