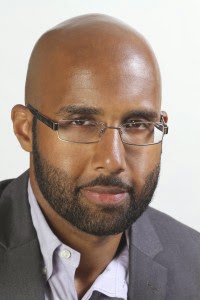 No, the title is not an oxymoron. I am a libertarian (for the most part). I also happen to be of West Indian descent. People who are familiar with the central tenets of libertarianism wonder how I managed to reconcile my ethnic background with my choice of political philosophies. They have a hard time figuring out why any person of color in their right mind would ascribe to a philosophy that encourages private citizens to “discriminate”, condemns the use of governmental programs that economically benefit a proportionally larger percentage of the minority community, and stands firm in its opposition toward using race as a determinant for preferential treatment in education and employment (affirmative action).

1 In a nutshell, the resolution of the conflict is rooted in the idea that once you begin thinking that every person has certain unalienable rights, applicability becomes universal and any attempt to limit these rights thus becomes a human problem, not a racial one. After all, if we are all created equal, should we not also be treated as such?

In theory that may sound like a good idea, but in reality we all know it’s not the case. Despite all the progress that has been made in the past few decades, racism is still alive and well. Moreover, anyone who suggests that racism does not exist is a fool, not a minority, lying through their teeth, or living under a rock. The fact remains we still live in a society that is very race-conscious. What that means is Americans tend to view their own world in the context of what the other person looks like—the other person’s race is an overriding feature that forms initial impressions.

On the contrary, in the West Indies, where my parents were born and raised, that society tends to be very class-conscious, meaning your race subjugates itself to the “level” any one individual has achieved in society. Unfortunately, in America, regardless of what you have achieved, many will still regard someone else as “the Asian guy” or “the Latin female”. The inherent downfall in this assumption is that the user of said shortcut limits the other person’s relevance by restraining them in a box bound by race.

Posted by moderator at 9:07 AM No comments:

George Ayittey is a Ghanian economist and the founder and president of the Free Africa Foundation. He also taught economics at American University and is an associate scholar at the Foreign Policy Research Institute.

In this video from a San Francisco Libertarian Party event in 1989, Ayittey talks about the failure of Africa's experiments with socialism throughout the 20th century. He tells stories about the inefficiency, waste, and bureaucratic corruption in countries like Ghana, Tanzania, and Zimbabwe, and says that wrangling Africa's political class is of paramount importance when it comes to African development.


Download the .mp3 version of this lecture here: http://bit.ly/Ux3kO0
Posted by moderator at 8:39 AM No comments: 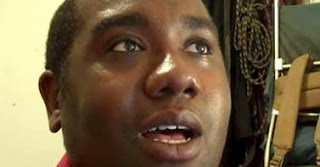 I maybe the only man in America that hasn't seen the hit A&E reality television show "Duck Dynasty." But I really don't watch as much TV as I used t...o. Recently, one of its stars, Phil Robertson, was removed from the show after blasting an anti-gay rant in GQ magazine.
Read more: http://demcad.blogspot.com/2013/12/duck-dynasty-phil-robertson-fired-for.html
Posted by moderator at 10:28 AM No comments:

Adedayo Thomas: Breaking the Wall of Communism in Africa through Book Fairs

Almost everyone in Africa understands the principles of a free society if briefed. However, it is not practiced by the ruling elites because if implemented they become powerless. This has largely contributed to low level of development within the continent since its independence. The independent fighters made their first mistakes when the socio-political and economic structure was distorted with the adoption of a welfare state, which was put in place as the alternative to colonial practice. This destroyed the entrepreneurial spirit that characterized the pre-colonial period in the exchange for reliance on the government as the solution to economic problems.
This ultimately bred big governments and was used by the elites as one of the ploys to remain in power. The outcome of course was noticeable as the society and the public structures left by colonialists became dysfunctional and characterized by the huge budget for recurrent expenditure at the expense of capital projects.
The first target was education.  Governments believed in a “government can do all things” perspective. Education from primary school to the university level was made free. This provision was made the exclusive function of government. The younger ones were drifted to Russia for further studies. When they returned, they became the official mouthpiece of socialist ideas and went on to insert that into schools’ curriculum. This became the teaching fabrics in the universities with libraries stocked completely with communist materials which now explains why socialist scholars are not in short supply in African societies, including universities.
- See more at: http://africanliberty.org/content/breaking-wall-communist-africa-through-book-fairs-adedayo-thomas#sthash.gOAblK15.yGuUx6Qn.dpuf
Posted by moderator at 2:45 PM No comments: 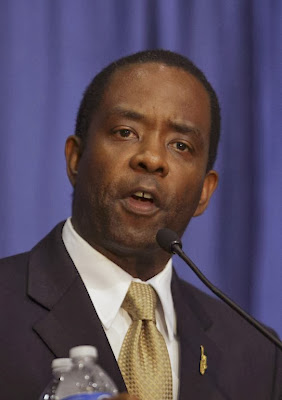 In 2008, John Monds became the first Libertarian Party candidate in Georgia and the rest of the United States to receive over 1,000,000 votes when he ran for the Statewide office of Public Service Commission District 1 seat in 2008. Monds received 1,076,726 votes for 33.4% of the vote in a two-way race with only a Republican opponent.

His vote total was highest number of votes that a Libertarian candidate has ever received in a United States election at any level, Monds also received the highest percentage of the vote ever for a Libertarian in a statewide race. He is seeking that party's nomination for Governor of Georgia in 2010.

Source: http://en.wikipedia.org/wiki/John_Monds
Posted by moderator at 2:22 PM No comments: