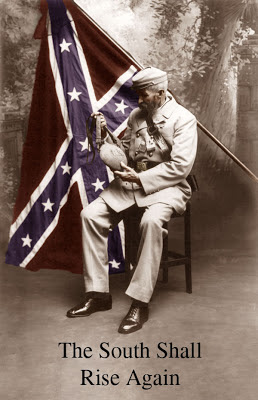 There is a strain of libertarian contrarianism that holds that the Confederate States of America were within their “rights” to secede from the Union. Such contrarianism on this particular topic is detrimental to the larger cause of liberty because the logic of this argument relies upon relinquishing individual rights to the whim of the state. Indeed, as there is no legal or moral justification for supporting the Confederacy in the Civil War, it is impossible that there could be a libertarian one.

The legal argument against secession is straight-forward. Beyond the simple fact that most countries don’t provide for their own dissolution at the outset, the Constitution is not silent on the use of force by the federal government. Article I Section 8 clearly grants Congress the power to put down insurrections, as the South was well aware. As recently as 1859, that power had been used by then-Union colonel Robert E. Lee to put down John Brown’s mindless and bloody raid on Harpers Ferry.

Read more: http://www.libertarianism.org/publications/essays/why-libertarian-defenses-confederacy-states-rights-are-incoherent
Posted by moderator at 12:53 AM 1 comment:

Posted by moderator at 6:45 AM No comments:

What Libertarians Mean By "The Free Market"

Posted by moderator at 6:39 AM No comments: