(Reason Magazine)
"Activists from Black Lives Matter have launched an initiative called "Campaign Zero," which seeks to bring down the number of people killed by police in the U.S. each year. The initiative includes ten proposals for reform that would help make that happen. Those are: 1) End Broken Windows Policing, 2) Community Oversight, 3) Limit Use of Force, 4) Independently Investigate & Prosecute, 5) Community Representation, 6) Body Cameras, 7) Training, 8) End for-profit policing, 9) Demilitarization, 10) Fair police union contracts.
Each of the policy proposals is explained in more detail at JoinCampaignZero.org. Among the proposals, activists suggest decriminalizing marijuana and the public consumption of alcohol. Several of the policy proposals (like an end to broken windows policing and an end to for-profit policing) will be impossible without engaging and interrogating the value of petty law enforcement, which disproportionately affects the poor. Things like "community representation" may make this harder—despite the rhetoric, the kinds of petty laws that can lead to questionable police shootings are generally supported in the communities where they're enforced. "Quality of life" laws, the kind that pit police officers against peaceful residents doing something other residents may not approve of, enjoy broad support among voters. That's why the laws are there. "

Read the full article HERE.
Posted by moderator at 4:49 PM No comments:


Posted by moderator at 1:46 PM No comments:

The libertarian physician and minister, in his latest article, "Voter ID: Bias or Necessity", ask this crucial question: are voter ID laws racially biased or completely benign and necessary for the enhancement of our democracy? 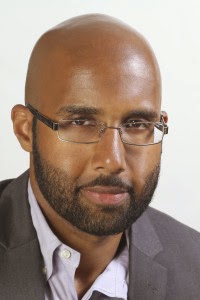 He writes: "On July 13th, a federal trial began in Winston-Salem over the 2013 North Carolina law (H.B. 589) that repealed a series of voting access measures—such as same-day voter registration, early voting, pre-registration for eligible high school students and out-of-precinct voting—that were enacted over the last two decades. The law also required a voter ID, or photographic identification, for everyone voting in person. As The New York Times recently reported:
Lawmakers claimed that H.B. 589, which was approved in a sneaky last-minute maneuver that insulated it from any real debate, would reduce fraud and inefficiency in elections. In truth, it is a pile of blatantly discriminatory measures that lawmakers knew would make voting harder, if not impossible, for many lower-income citizens — who are disproportionately black and Latino, and many of whom tend to vote Democratic. The election-law scholar Richard Hasen has called it “the most sweeping anti-voter law in at least decades.”"

How to Stop Brutality-Adjacent Policing

We need to train police officers to be “guardians,” not warriors.

(The American Conservative)
What happened to Sandra Bland? This is a question many Americans (particularly, and rightfully, black American women) are asking, following the death of a young civil rights activist in a Waller County, Texas jail cell two weeks ago. Was any of it—her arrest after a traffic stop by state trooper Brian Encinia, her three-day detention, the neglect that resulted in her alleged suicide by hanging—legal?
Bland’s death remains under investigation, but the dashboard camera footage of her interaction with Encinia shows the escalation of a warning for the failure to signal into the forceful detention of an epileptic woman. Surprisingly, much of what occurred between Encinia and Bland appears to have been legal, if imprudent. Encinia’s tactics could be called “brutality-adjacent policing,” in which the standard for behavior is the bare legal minimum rather than actively good policing.
Read more: http://www.theamericanconservative.com/articles/how-to-stop-brutality-adjacent-policing/
Posted by moderator at 2:09 AM No comments: